Parts of the remote control car

There are many styles and types of remote control equipment, which are usually classified according to the number of channels. We call the road for passing command signals “channels”. A remote control device can only allow one kind of command signal to pass, and it can only transmit and receive one kind of command signal, so this device has only one channel. There are two channels, four channels…even ten channels, etc. for remote control equipment for models. Vehicle models generally only control direction and throttle (brake and reverse and share the same channel with throttle), so only two channels are enough.
According to the modulation method, remote control equipment can also be divided into amplitude modulation (AM) type and frequency modulation (FM) type. Amplitude modulation is relatively simple and practical, and the price is cheap; frequency modulation is reliable and stable, and it is not easy to be interfered by other signals. In addition, there is a pulse code (PCM) that is more advanced than the frequency modulation type, which has stronger anti-interference.
Remote control equipment generally consists of transmitter, receiver and servo steering gear (or electronic governor).
1. Transmitter-used to convert control commands into radio signals with control information and radiate into the air. There are two types of transmitter rod type and gun type for vehicle models. The stick transmitter has two joysticks, the left one is used to control the speed and braking (or backward) of the model car, and the right one controls the direction of the model car. The gun transmitter uses a wheel (steering wheel) and a joystick similar to a pistol trigger to control the direction and speed respectively. In addition to these basic functions, some higher-level transmitters also use advanced computer technology, adding many additional functions, such as storing the adjustment data of multiple model cars, one machine for multiple purposes; with timing and lap counting functions, convenient for practice And the game; there is a large LCD screen, which can display the working status and various functions.
2. Receiver-is used to receive the radio signal sent by the transmitter. Since the receiver is installed on the model car, it is generally made as small as possible. For example: The FUTABA R-113F receiver made in Japan has only the size of a match and weighs only 18g. It has high sensitivity and can receive radio signals transmitted from nearly a kilometer away. The receiver is generally used in conjunction with the transmitter, and usually uses a six-volt DC power supply (4 AA batteries).
3. Servo steering gear and electronic transmission-the role of servo steering gear is to convert the electrical signals received by the receiver into corresponding mechanical actions, thereby completing the direction and speed control. Servo steering gears can be divided into ordinary steering gears, powerful steering gears and micro steering gears according to different purposes. Ordinary steering gears can meet general requirements; powerful steering gears are usually used in larger models or control mechanisms with greater force (such as the steering mechanism of off-road vehicles); micro steering gears are often used for both size and force. On a relatively small model car. Electronic transmission is used in electric model cars. It is a special servo device for speed regulation. Compared with ordinary mechanical speed governors, it has the advantages of small size, long life, high efficiency and large output power. Some advanced electronic transmissions also use digital technology, adopt high-frequency operation, have multiple program brakes, automatic temperature control protection, and automatic power-off functions. 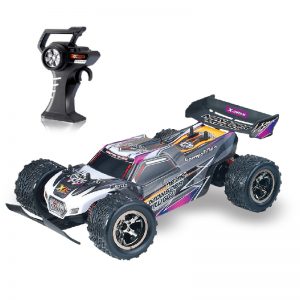 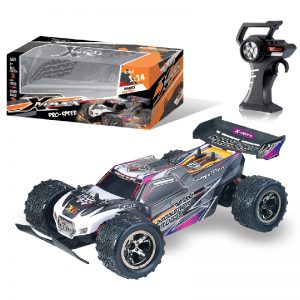